Welcome to the blog by Marylu Weber

This blog contains dozens of posts and photos of the wild, feral horses from the park and some of the people involved with them. These horses are owned by the park and not managed by the BLM. To see most of the photos, scroll to the bottom of this page. To find earlier posts of interest go to Blog Archive on the right and follow this guide:

For some of the history of the horses and people involved:

For some of the special horses' stories:
2008
Fire's Story
Whisper's Story
2009
Our Boys Come Home
Dancing with a Wild Horse
Whit's Story
2010
The Dance Continues
Training Update
More Dancing with Hawk
More Training for Hawk
Bashful, the Steps of His Life

Because of all the enthusiasm of people who have supported us in the work with the wild horses of Theodore Roosevelt National Park, the unique heritage of the park horses, and our and others' desire to preserve that heritage when the horses leave the park, we have organized a new registry specifically for the park horses.

We are excited to officially introduce the 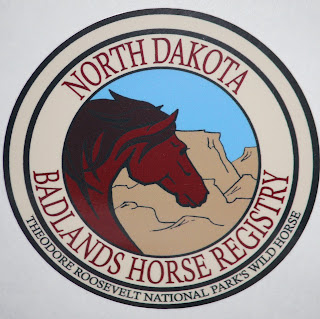 
This registry will be available to all horses born in Theodore Roosevelt National Park, their future offspring, and any other horse with at least one parent with 100% Theodore Roosevelt National Park horse blood. As far as I know, there is no other registry available to the horses recently removed from the park, so their history and bloodlines would be lost without an organization designed to maintain their records outside the park. For new readers I will briefly review the history of the wild horses found in the park today.

These horses date back to the 1800's, before North Dakota became a state, when Native Americans, explorers, and immigrant settlers first came to the vast prairies of North America. They brought with them their horses of various breeds. Mixed with the feral horses that migrated north from Mexico, the escapees from those early people and the farmers and ranchers who followed them, ran free in the North Dakota Badlands long after the bison and other indigenous species became extinct. Their beauty, strength, and resilience were recorded by many of the early visitors to the Badlands, including Theodore Roosevelt, himself. Over the years, particularly after horses were replaced by vehicles for transportation and farming, and due to droughts of the 30's and the practice of open range grazing, other domestic horses found their way to the rough breaks of the Little Missouri valley, which became the last refuge for the wild horses of western North Dakota. However, even those deep ravines and rugged canyons could not protect the horses from those who wanted them gone from the rich grazing land; hundreds were run down and destroyed during the mid 1900's. Only those inadvertently enclosed within the boundaries of the national park survived, and those, only after public outcry forced the NPS to recognize them as a "historical demonstration herd."

Since then the horses have been managed so that they would not over populate the park. In the 1980's, inbreeding was showing in some bands in the form of crooked legs and backs, so some of the more prolific sires were removed and a total of seven domestic and BLM colts and one filly were released to add fresh blood to the gene pool. All but one of the introduced stallions had limited success and most of their offspring have since been removed. Less than a half dozen of the park horses still have some Tyger II Arabian and TVP Quarterhorse blood. The only successful domestic breeding stallion, the Brookman, a Shire/Paint stallion, left his mark on the horses running in the north and eastern areas in the form of larger size and bone. Several of the wild horses still carry his blood and, in my opinion, it has not been detrimental to the integrity of the wild horses. In reality, no one really knows the origins of the blood that courses through the veins of these magnificent horses, but they have become a symbol of the old west and of the will of both man and beast to survive in a harsh land.

Anyone who owns a horse meeting the requirements of registry will be able to register their horse, recieve a five generation pedigree, and be invited to join a Facebook group where they will be able to share progress reports, training tips, photos, and other information regarding these horses. Anyone interested in the horses may join. For more information, please contact me at:
horsetracks@btinet.net
Posted by tracker at 7:03 PM

Brilliant work and some stunning photos. Am I just being pedantic or are these horses really feral rather than actually wild? I read today that there is only one true species of wild horse left in the world http://www.offyoutrot.co.uk/blog/wild-horses/ 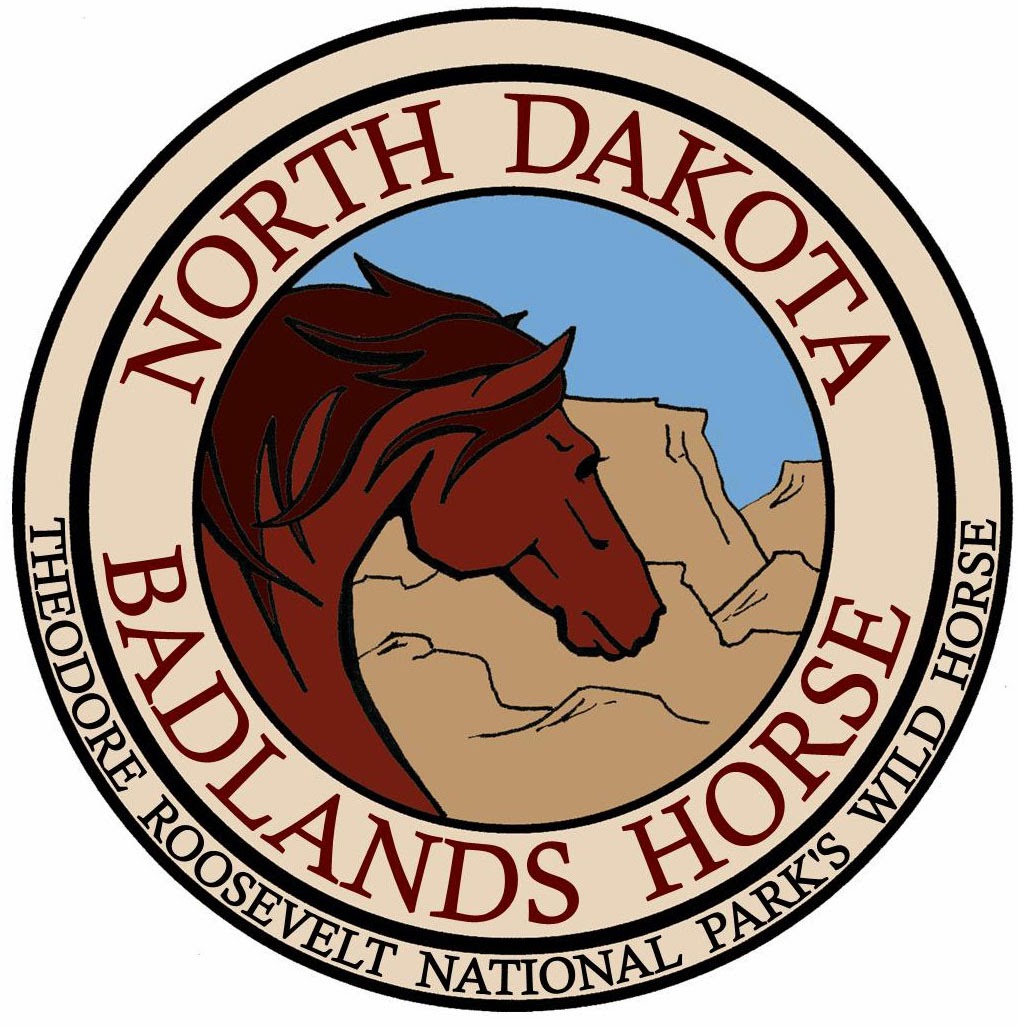 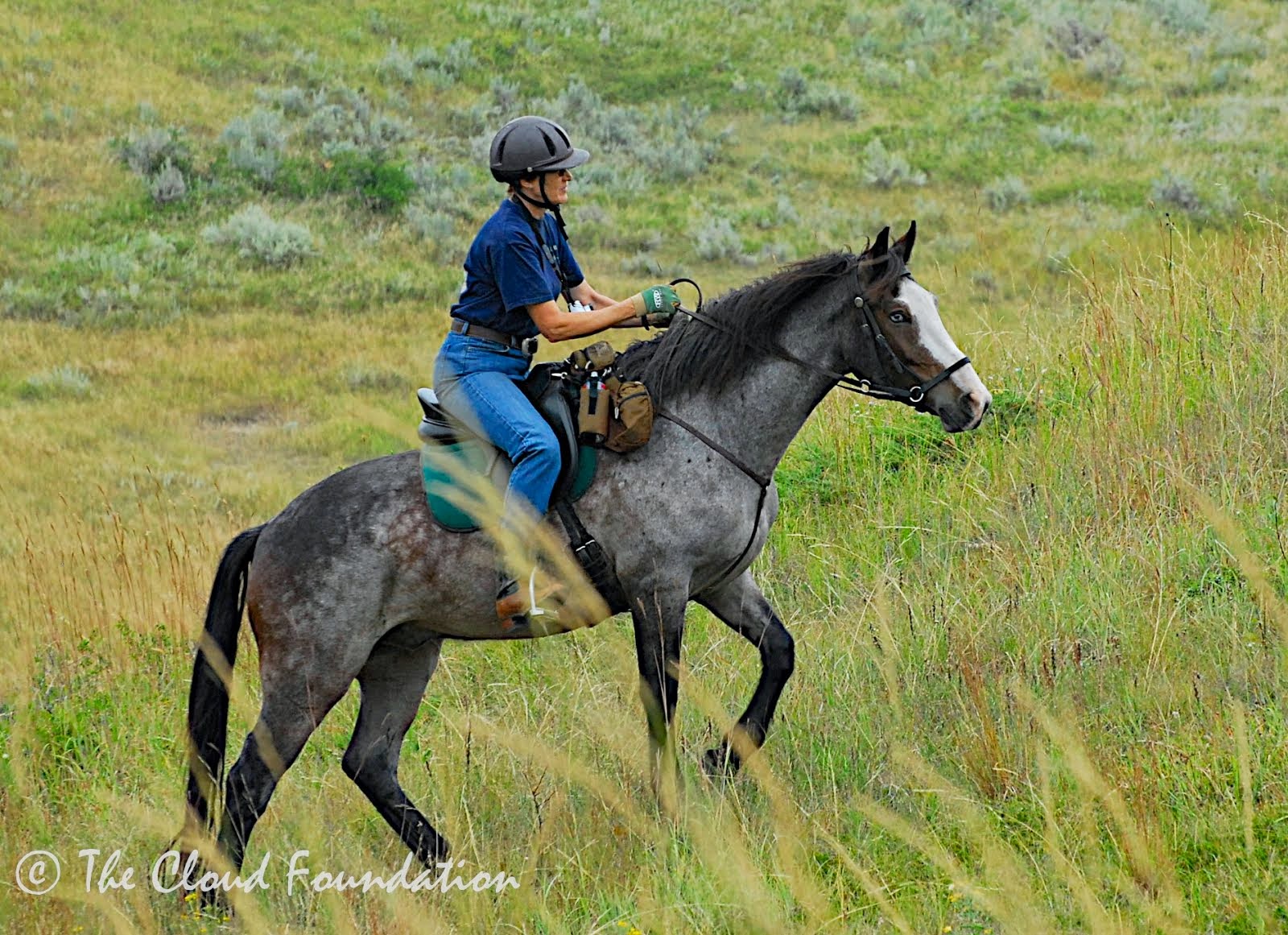